A couple of days ago I noticed Bitcoin Gold has made its way onto Coinmarketcap.

This comes just a few months after the hard fork which gave us Bitcoin Cash. Now, 3 of the top 5 cryptocurrencies are Bitcoin variants.

And with Bitcoin Diamond coming up, we’re likely to see even more of these variations make their way onto the leaderboard.

The Bitcoin source code has now been forked over 11,000 times. It’s got more forks than a cutlery drawer.

The main idea behind the Bitcoin Cash fork was to create a more scalable version of Bitcoin.

At present, Bitcoin block sizes are limited to 1MB. This equates to around 3 transactions per second.

But as Bitcoin has grown in popularity and the number of transactions has increased, this limit has caused problems for the network.

Unconfirmed Bitcoin transactions can be viewed in real time here.

This backlog means it can sometimes take days to transfer Bitcoin. This has also led to a huge increase in fees.

In its current state it’s safe to say Bitcoin won’t be replacing the current financial system as people once predicted.  Who’s going to want to pay a $5+ transaction fee every time they buy something and then have to wait days for it to be confirmed?

Instead, proponents of the original Bitcoin (Bitcoin Core) have switched to describing its utility as a store of value, like digital gold. There might be something to this. Time will tell.

But given the limitations of Bitcoin Core it kind of makes sense to have a cryptocurrency that can actually be used as a payment system. This is the main motivation behind Bitcoin Cash.

And this might be a good idea if there weren’t already a million other cryptocurrencies that do the same thing. It contains the brand name ‘Bitcoin’, though, which counts for a lot.

The Bitcoin Gold fork was created in response to concerns about the Bitcoin Core mining situation.

Bitcoin Gold developers are worried that Bitcoin mining is dominated by a small group of people. In other words, it is no longer decentralized as was originally intended.

“Satoshi Nakamoto’s idealistic vision of “one CPU one vote” has been superseded by a reality where the manufacture and distribution of mining equipment has become dominated by a very small number of entities, some of which have engaged in abusive practices against individual miners and the Bitcoin network as a whole.”

And there is some truth to these claims.

A study conducted by the University of Cambridge last year found that 58% of major mining pools are based in China. This in part driven by cheap electricity compared to other countries like the USA. 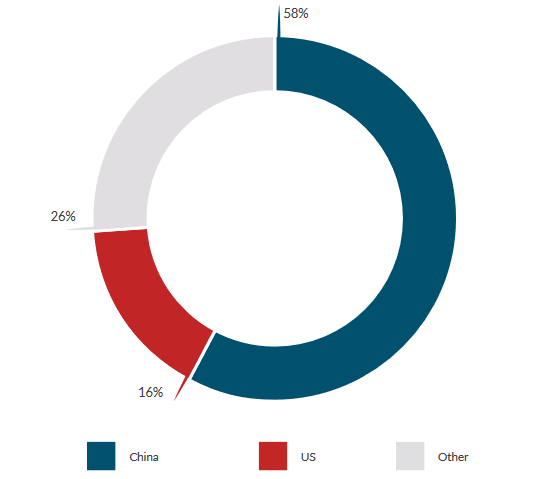 Bitcoin Gold promises to make Bitcoin decentralized again by implementing a new proof of work mining algorithm called Equihash. This can be run on an ordinary GPU, opening up the mining of Bitcoin Gold to ordinary people with ordinary computers.

I doubt anyone really cares about this other than the miners themselves though.

$35 billion of ‘value’ created out of thin air

Together, these two Bitcoin forks – Cash and Gold – have a combined market cap of just under $35 billion. 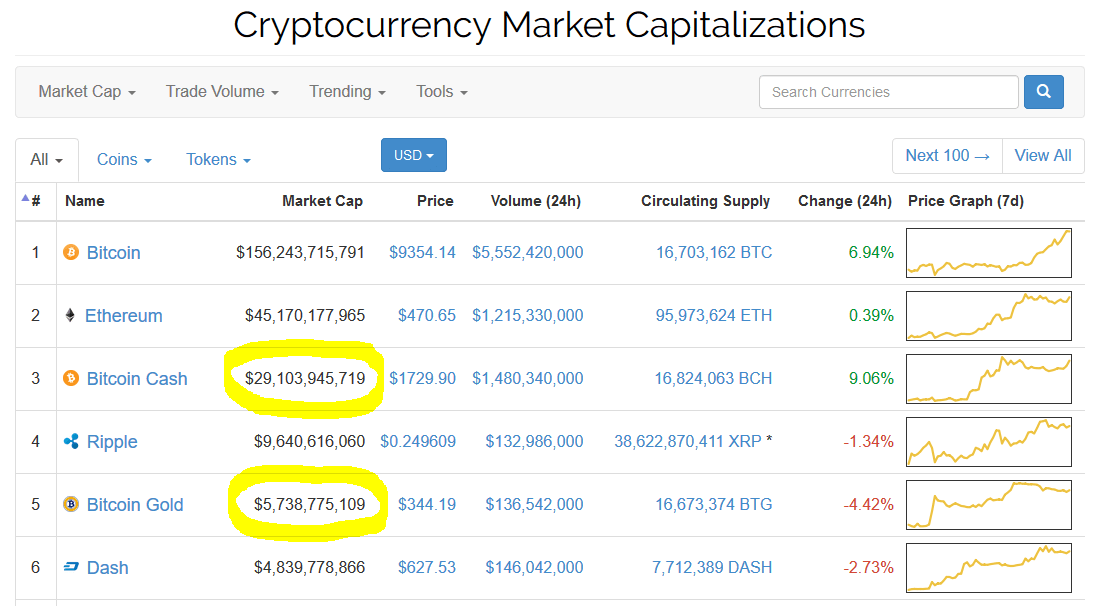 Now, I’m sympathetic to the motivations of both Bitcoin Cash and Bitcoin Gold. But do these tweaks justify such enormous market caps? And who is paying $340+ for Bitcoin Gold?!

We also have Bitcoin Diamond on the way. It’s likely this will also have a market cap of over $1 billion.

Bitcoin and cryptocurrency is often compared to the Dutch tulip mania of the 17th century. These Bitcoin forks won’t do much to convince people otherwise.

To my mind, crypto is more like the dot com boom of the late 90’s. Overvalued website IPOs have been replaced by overvalued cryptocurrency ICOs.

This is not to say that crypto won’t play an important role in the future. The cost and security benefits of blockchain technology and smart contracts are too big to ignore. Also, people are rightly becoming sceptical of government issued fiat currencies.

But for every Google or Amazon, there was at least two AOLs or pets.coms. There’s money to be made on speculative bubbles, but I wouldn’t give most of these Bitcoin forks a good chance of surviving long term.