If I had one word to describe 2017 Facebook it would be this: inane.

Despite still being the largest (2 billion monthly users) and most profitable ($3.8 billion last quarter) social network by far, Facebook users appear to be less and less engaged with the site.

“In 2016 the average amount of time a user spent monthly on Facebook totaled 32 hours and 43 minutes. In 2017 that monthly average has dropped to 18 hours and 24 minutes.”

And while I can’t speak for all Facebook users, I know why I don’t use the site anymore. 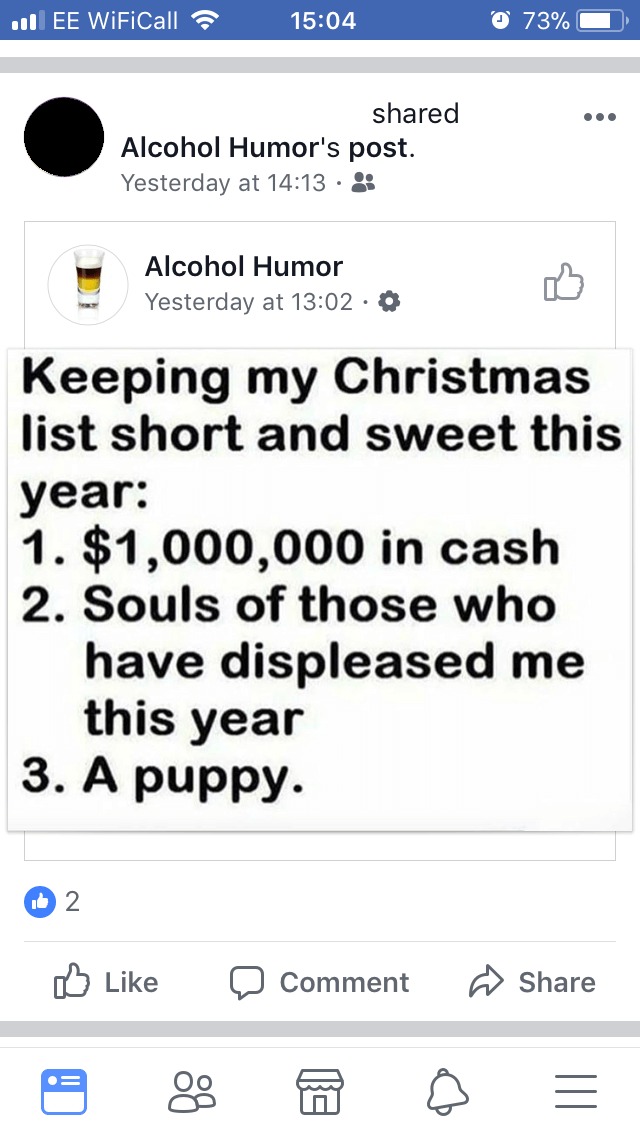 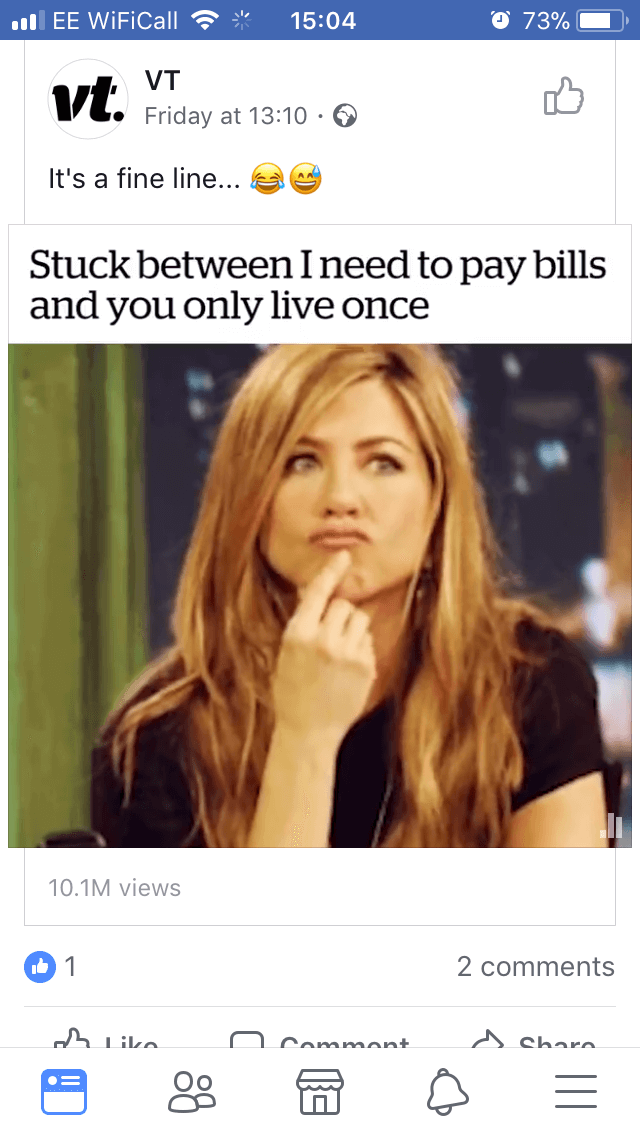 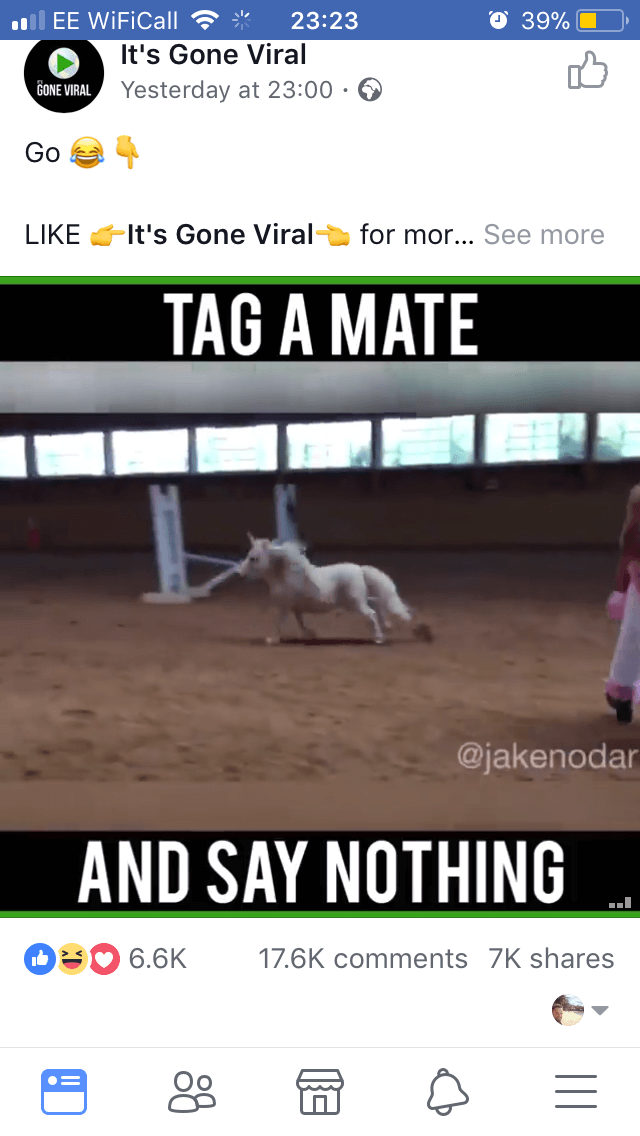 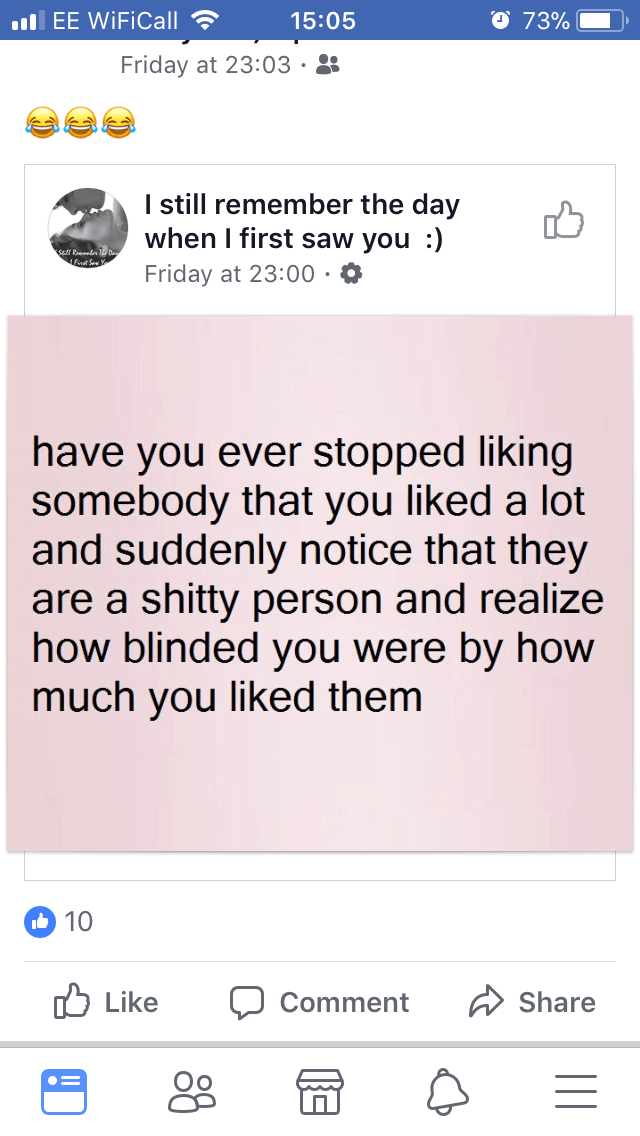 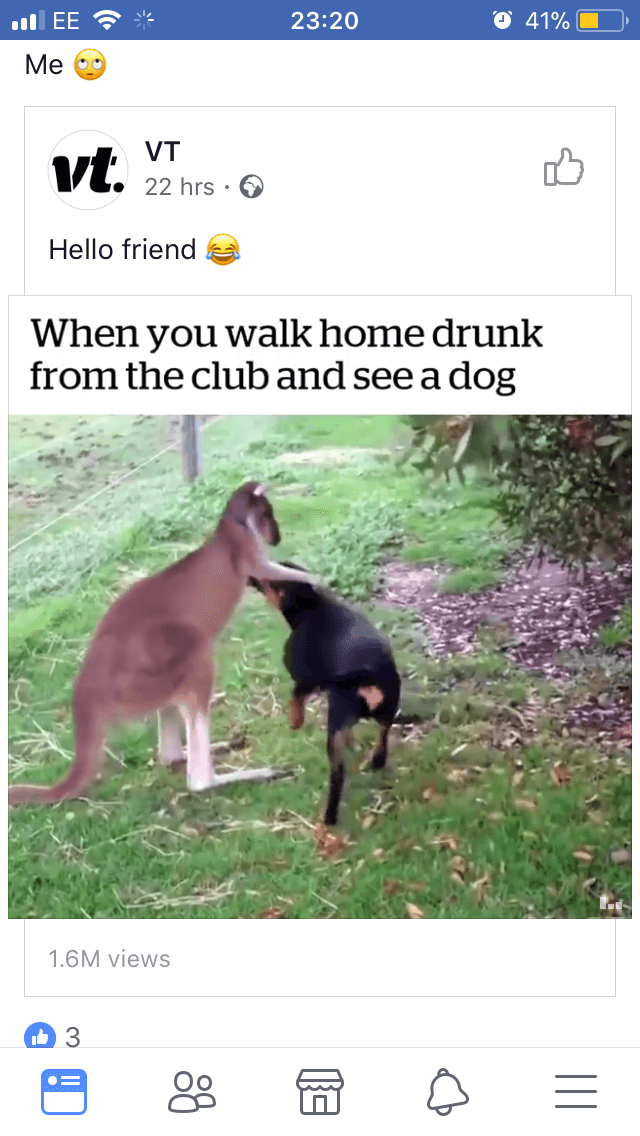 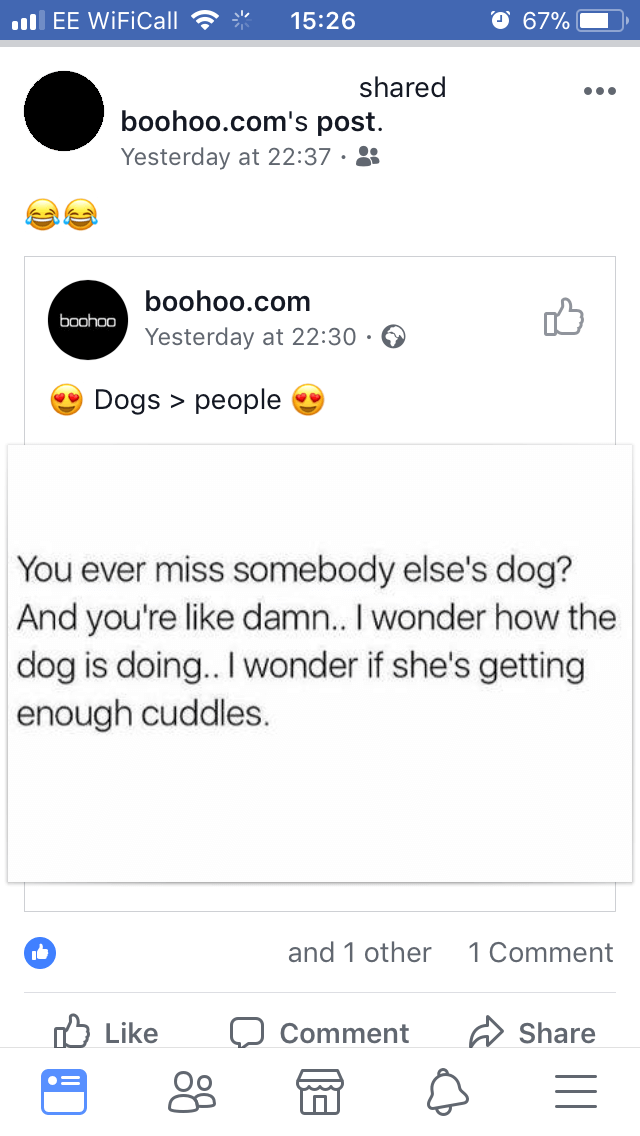 It’s an endless stream of shitty memes, lame text images and clickbait crap interspersed with adverts. For some reason there’s a wildly disproportionate amount of dog videos and pictures. Occasionally, there will be a photo of a friend or a status update.

When Facebook overtook Myspace to become the king of social media in 2009, it was a very different experience. You got the voyeuristic thrill of looking at drunken pictures of your friends and cringing at their status updates. We humans are hardwired to be interested in gossip and Facebook tapped into this perfectly.

Now, though, there’s a lot less voyeurism and a lot more terrible and irrelevant content.

This is partly because people are much more cautious about what they post online. Back in the day, people never expected employers and extended family to access their social media.

But a bigger reason is the dilution of the social aspect that made Facebook popular in the first place. It’s no longer just a place to share photos and status updates, it’s now an online marketplace, a news outlet, a gaming platform, and about a million other things that are done better elsewhere. Combine this with the bullshit likebait algorithm and you’ve got a highly effective formula for boring your audience.

Mark Zuckerberg invented the ‘like’ button in an attempt to quantify, and hopefully one day understand, human emotions. Later, he stepped up his quest to imitate humans with the introduction of reactions – angry, sad, laugh, etc. 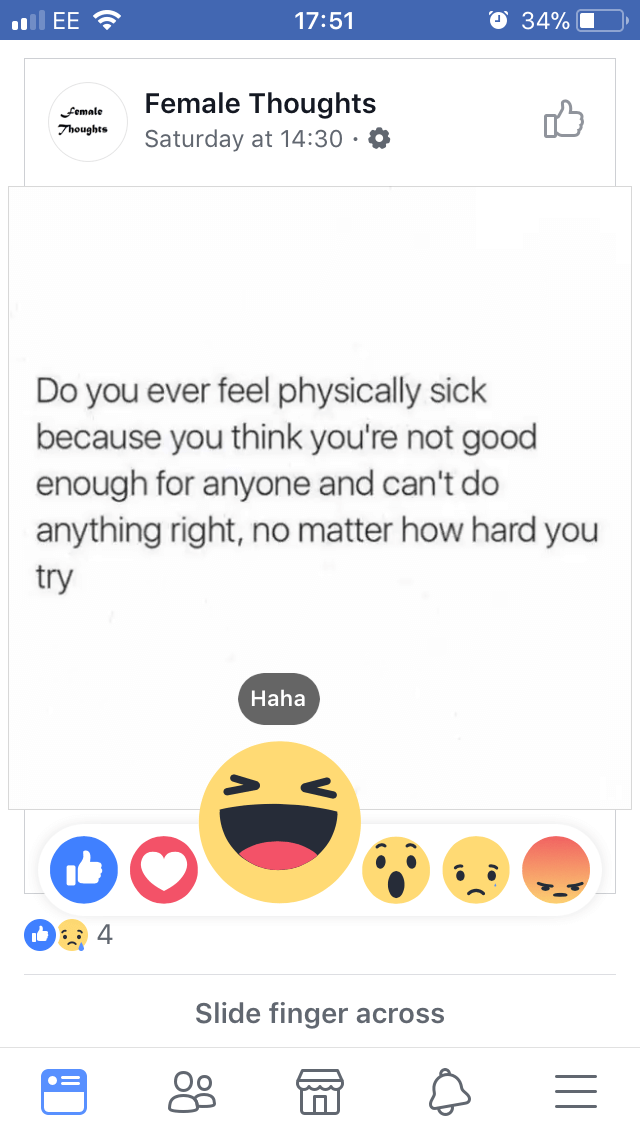 People’s genuine reactions are often much different from their outward displays. Your instinct when you see someone you don’t like moan about their awful job might be a ‘Haha’ but you’d never click this reaction on Facebook because it makes you look bad. You might secretly like something Donald Trump has said but you would never ‘Like’ it for fear of how it would be perceived.

Contrast this with what people do react to on Facebook. There’s ‘tag a friend’. There’s virtue signalling. There’s generic, inane stuff that everyone ‘Likes’ but no one cares about (read: cute animals). Finally, there’s stuff like “1 like = 1 prayer” (although Facebook at least seems to have bumped this down the agenda).

The algorithm interprets these ‘reactions’ to mean this kind of content is interesting and so shows you more of it. This gets further exaggerated by the kind of people who react a lot to stuff on Facebook (plebs).

In short, the reason engagement is declining is a combination of the algorithm that prioritises content that encourages likes and shares and the poor tastes of the people who actually use Facebook to like and share stuff.

I’m sure if I used Facebook more actively and reacted genuinely to things I liked then the algorithm would start showing me stuff I actually cared about. But then people would know what a terrible person I am. I also don’t want to give Zuckerberg any more data than strictly necessary.

There’s a sense in which Facebook is already a lost cause. Parents and grandparents of young people are on it, so it’s no longer seen as cool. As mentioned, people are more cautious about what they share and so controversial (i.e. interesting) stuff is going to be more rare.

But there are a few obvious steps that would improve the Facebook experience.

First off, prioritise the content that people come on Facebook for: people. I don’t care that someone has tagged someone else in a meme or that Johnny Snowflake shared some virtue signalling article. Show me what my friends are actually up to.

Finally, provide other ways to filter content. When it first came out, Facebook displayed content in chronological order. Then Facebook decided it knew the best content for you – but you could still switch to chronological ordering. Now, you can’t even do that on mobile (the device most people use for Facebook).

Despite billions of dollars in revenue and more information on its users than any other company in the world, Facebook somehow manages to display the most boring and irrelevant content anywhere online. The few scraps of original content your friends share are lost in a sea of inane nonsense that Facebook’s algorithm has decided is more important.

But Facebook is too big to disappear. It’ll always be around. However, without a rethink of the way it delivers content, engagement with the platform will continue to drop.

If I was a billionaire I would pay for weird adver

This is quite possibly the most incredible non-pho

They made a book about me