I really like this one. I like it because the guy who got scammed thought he was scamming the scammer.

But it’s a harsh lesson. This mistake cost some unlucky person around $12,000.

Some guy started a thread on 4chan’s /biz/ board saying he wanted to buy 50,000 ZRX tokens. At the time, these were trading for around 0.0008 ETH on the etherdelta exchange. The OP said he was willing to pay 0.003 ETH (so around 4 times the market value).

He then posted a link to fill the order by using the 0x protocol. 0x is a decentralized exchange with no order book to look at. 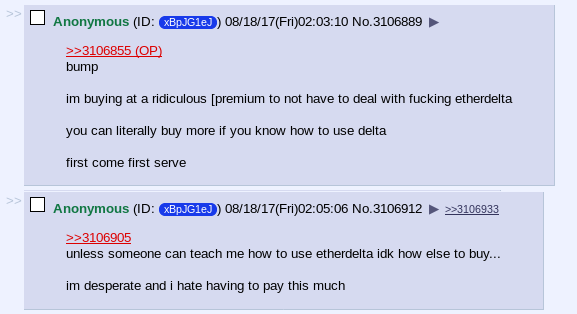 Buy the 0x tokens, transfer them to etherdelta, sell for a quick 4x profit. It sounds too good to be true.

And the OP soon realised his mistake – or at least pretended to. 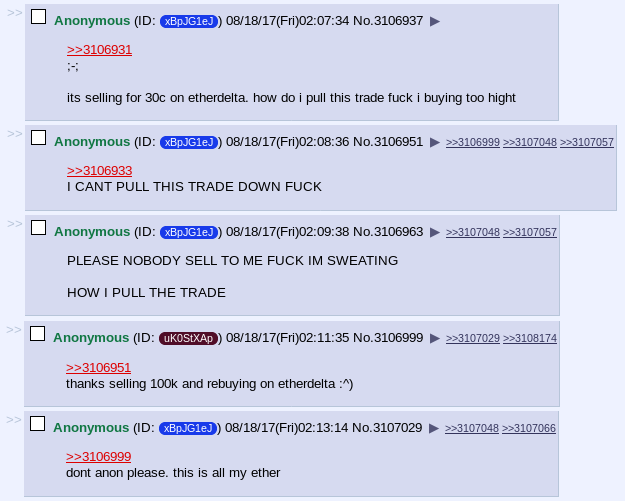 “PLEASE NOBODY SELL TO ME FUCK IM SWEATING”

Someone reading the thread saw an opportunity to take advantage of the OP’s mistake and filled the order.

But he didn’t check the contract.

You can see the transaction here.

It’s pretty clear in hindsight that the OP knew what he was doing all along. He posted a too good to be true offer and then pretended he’d made a mistake. But he knew someone would be keen to take advantage of this ‘mistake’ – and they did. 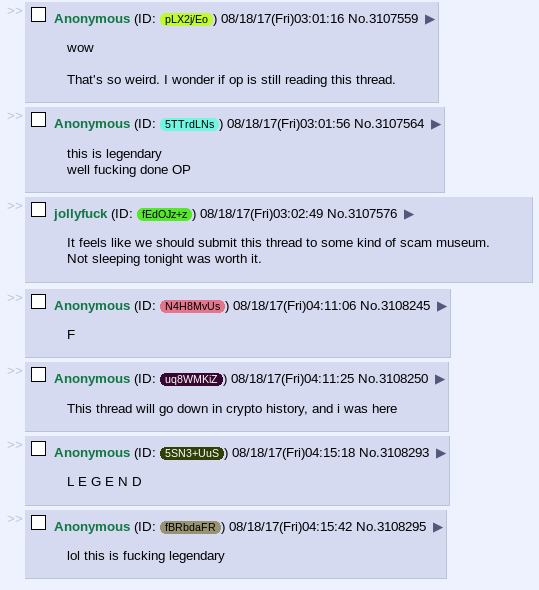 The reaction wasn’t particularly sympathetic to the guy who got scammed. After all, he had been looking to take advantage of the OP – though not to quite the same extent.

The OP didn’t post again, nor did anyone in the thread admit to being the one who got scammed. We don’t know who it was, but I imagine he looks something like this: 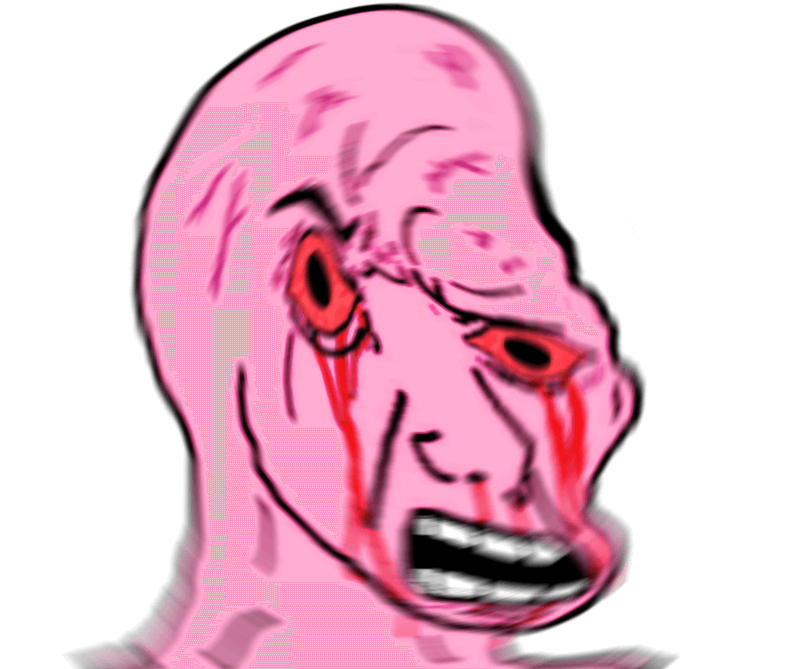